I remember once as a kid, trying to imitate my father, I tried to meditate. My legs folded and with my Eyes closed, tried to see a light at the centre of eye brows as suggested by him. Couple of days I actually slept while doing it. And one day my mum saw me do it and she scolded me out of it. Made fun of me too. Don't know why. I wonder if I had started younger would it have led me to yoga earlier !

I've been wanting to do yoga for almost 6/7 years now. Would have been nicer had I followed my instincts then itself. I would have been far ahead in the game. But as yoga says 'right time and place for everything'. So ya I got to it when it was the best time for me to get into it.

At times my Yoga batchmates feel very surprised that I haven't learnt any yoga before. But learning classical indian dance, kathak, for six years and korean martial art, taekwando, for almost three years has definitely helped my body and its structure in many ways. I am glad I learnt these arts, if not yoga itself.

Infact I feel everyone should learn a defense art, especially Indian girls and learning a dance form and any instrument is always helpful. I would really want to teach my kids, whenever I have them, to be on a constant learning path. Learning something new every year. In various fields. Starting young always helps. According to the ten thousand hour rule, by Malcolm Gladwell, one can master anything that he/she does for ten thousand hours. One of the best theories I have read about.

Among other things we discussed 'truthfulness' and 'ahimsa'. Wrong and right. I like the definition of wrong and right as per the book 'Shantaram' which states that to know if an action is right or wrong, imagine that the whole world is doing the same action. If the result is good and constructive then it's right. If it's not then it's a wrong action.

Ahimsa, in the way yoga describes it sounds out of the world. Ahimsa meaning nonviolence at all times, to all living beings, non intended to hurt or cause misery. Considering the amount of negative thoughts one has and causes pain to oneself, it sounds ahimsa is a long way off and needs some solid work. Not putting oneself through misery is one of the most important yet difficult things to do.
Teacher Surinder's words 'appreciate yourself' can be pretty helpful in achieving ahimsa I believe. You can't indulge in self harm if you love yourself. 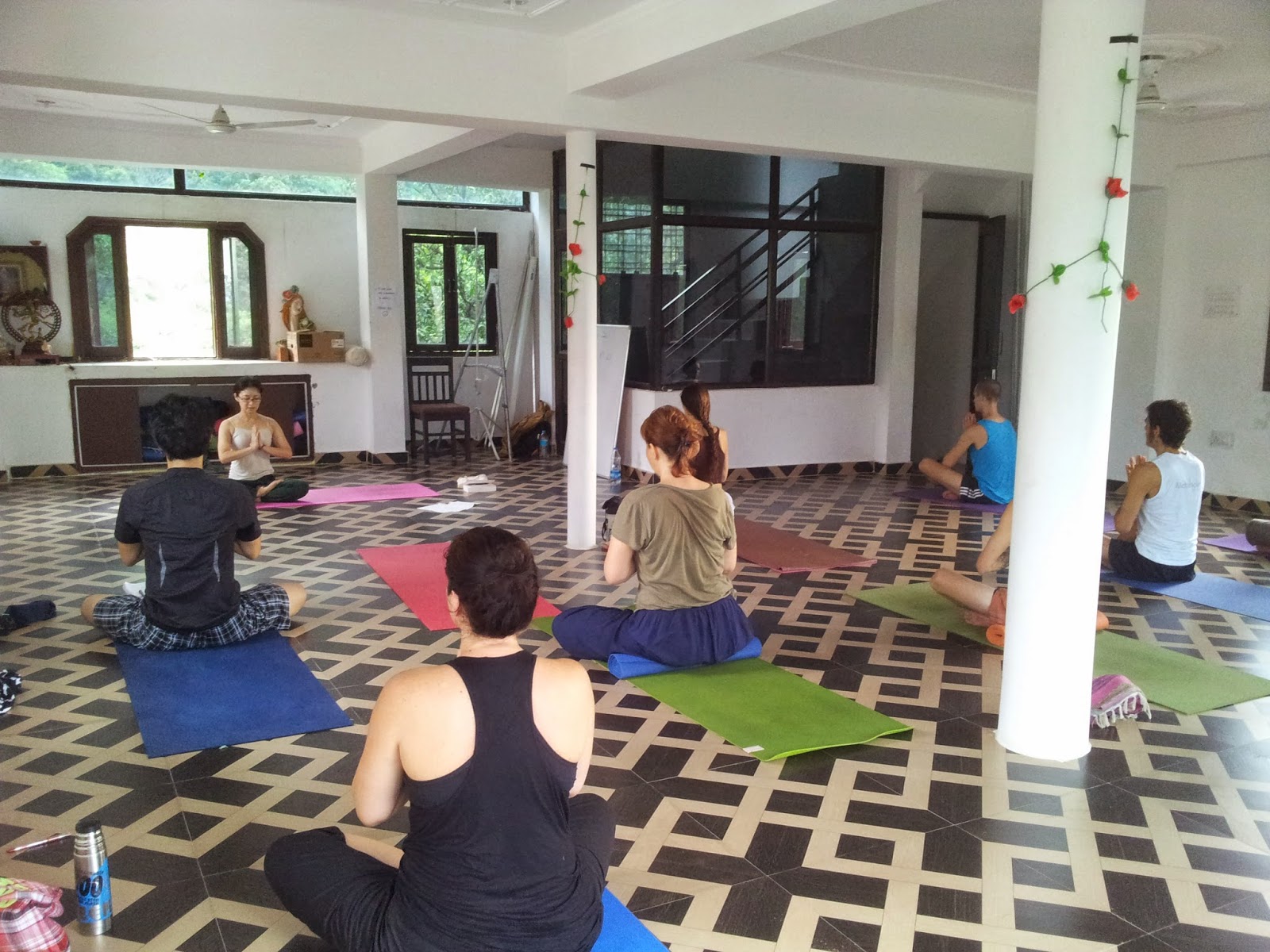