Nepal and Bhutan in 10 days!

So, I am back from my Nepal-Bhutan trip and still reeling from the excitement of the trip. I can not believe how much I did and the places I traveled in just a span of 10 days. Since it was my first ever visit to these countries I visited the most toured places. 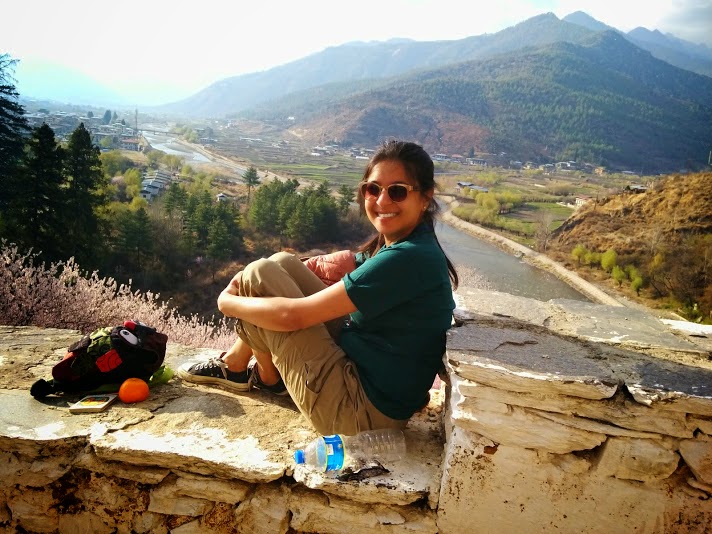 I had only 10 days at hand to squeeze as much as possible of Nepal and Bhutan in it. Without any prior bookings the below is an account of my tour of Nepal and Bhutan in 10 days. I was not even sure I would be able to stick t it when I chalked it out and started on it. Having done it I know it is totally possible. ( Pls note: I could afford no prior bookings and reservations especially into Bhutan as I have an Indian passport. For all other Nationalities prior bookings are mandatory for entry into Bhutan ).

Day 1: Kathmandu, Nepal
I took a 2 hour flight from Delhi to Kathmandu and landed in the capital city of Nepal, over a majestic mountain range landscape, around noon. Immigration clearing was the easiest it has ever been, thanks to the Indian passport I had. It was almost like a domestic flight exit from the airport.
I spent the rest of the day walking around the busy streets of Thamel. The first and last night in Kathmandu was spent drinking Gorkha beer with 5 travelers from different countries and some crazy events.
I found Kathmandu different from Delhi in just one aspect - polite people. Rest all the pollution level, busy streets, crazy traffic, shopping streets was a lot like Delhi. So I escaped from Kathmandu the very next day early morning. 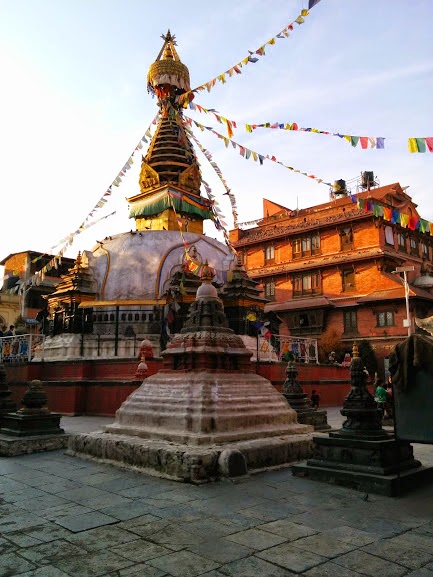 Day 2 & 3: Pokhara, Nepal
After an almost 8 hour bus drive ( which was supposed to be 4 hours ) I landed in Pokhara in the afternoon. First sight I loved it. I hitch hiked to my hotel after fighting my way through the taxi drivers who desperately wanted to sell me their hotels. I had been told not to miss going to Pokhara and it was good advice. Set on the shore of Lake Phewa this laid back, beautiful city is a far cry from the madness of Katmandu's busy streets. I did as much as a traveler and non-trekker me could do in the day and a half in Pokhara - walking around the lakeside Pokhara, riding a scooty to distant view points and surrounding town area, boat-ride in Lake Phewa, walk-trek up to the Shanti Stupa, travel gear shopping, chomping Nepali food and yapping with locals. 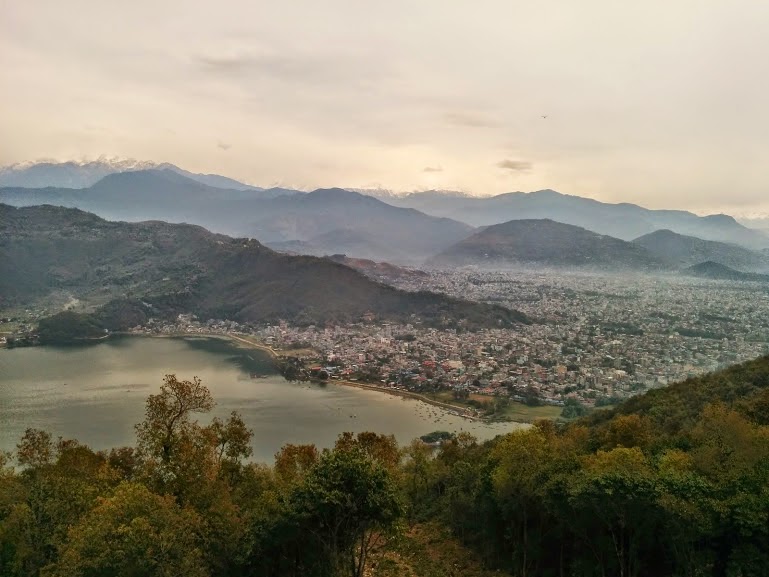 Day 4: Chitwan National Park, Nepal
As much as I wanted to spend more time in Pokhara I was on a tight schedule and if I had to cover
both Bhutan and Nepal in 10 days I had to move fast. So the next morning I packed my bags and was off to Chitwan National Park. 6 hours later I reached Sauraha, a small town located just outside Chitwan National park. The chaotic sight at the Sauraha bus station was hilarious. Almost seemed a do-or-die situation for the workers seeking tourists for their bread and butter.
The afternoon was spent on an elephant back in an elephant safari in the National park. I was really looking forward to it however by the end of it, i knew never to repeat it ever, as it was a very uncomfortable ride for me and I believe for the poor overloaded elephant as well.
With that I completed my checklist of Nepal and having covered what I had set out to, I could not wait to get to Bhutan. 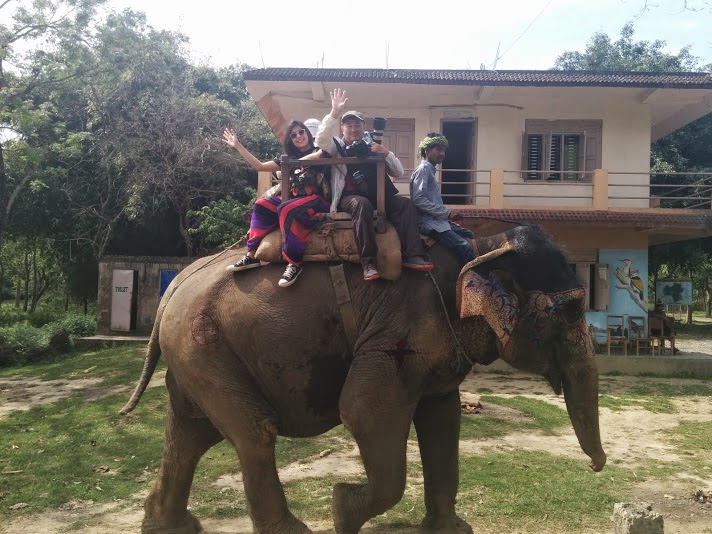 Day 5: Nepal to Bhutan
I took an overnight bus from Chitwan Park and by changing about 5 transportation and almost 24 hours later I reached late evening to my much awaited destination Thimpu in Bhutan. There is so much ambiguity linked to Bhutan that I was not sure if I will ever make it there. Hence I had not booked an accommodation prior to my arrival. Thus the first few hours were spent in hotel hunting. I was lucky to find one in a prime location within my budget. I was extremely tired hence all I did was have dinner and collapse into deep slumber.


Day 6: Thimpu, Bhutan
First sight it had seemed very flat and boring to me to be honest. But that changed the next day. Infact I realized it is anything but flat. Even a walk in the city is like a trek as there is so much uphill walk.
I hired a local cab and did my own tour and sight-seeing of the city covering all major sights and various temples. By the end of the day I was totally in love in Bhutan and keen to explore more the next day. 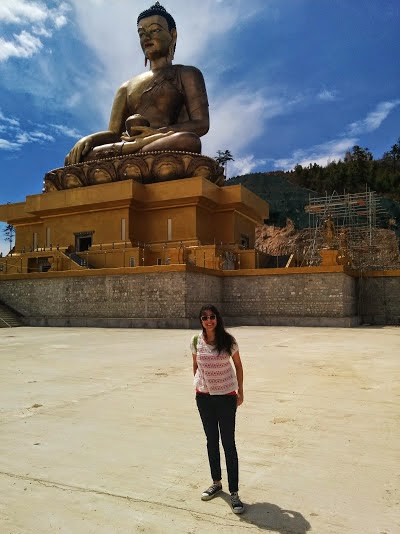 Day 7-10: Paro, Bhutan
At the tail end of my trip and eager to explore more I gave a few more hours to Thimpu and was off to Paro.
A short, picturesque one hour drive and I was in Paro - the place I did not want to move from for the next 3 nights. This is the place I felt I had been seeking and traveling to reach for the past one week. It is extremely laid back with people so happy they will induce you with a sense of satisfaction in you with their simple words. The many dzongs, monasteries, stupas and temples make it a fun place with enough to explore. I loved the vibe of the town and will go back to it any day. 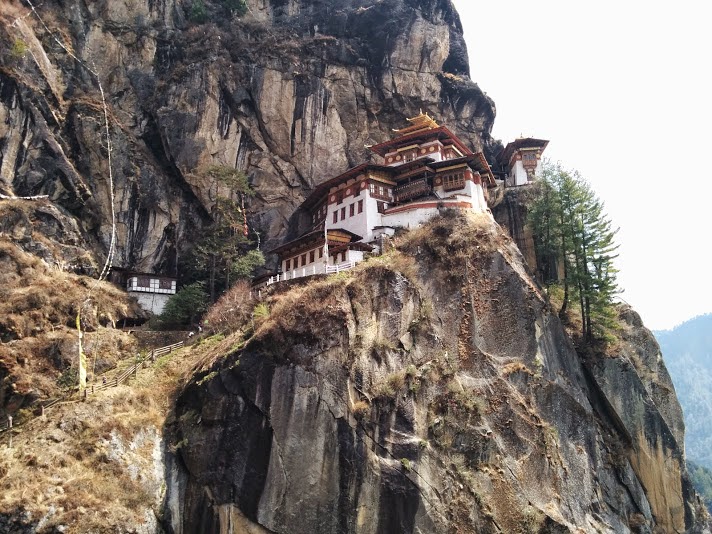 Day 11: Bhutan to India
With a promise to return, next time with Gabi, I set out early morning from Paro on my journey back home. Since the trip was completely unplanned with no prior bookings of any sort, I was a day late in reaching Delhi and had to spend the night in Baghdodra in Bengal. I took the next day noon flight to Delhi and after 11 days was happy to be back home with my family. :)