Netherlands and windmills go hand in hand. One such place to see them is Zaanse Schans, a windmill park with an iconic series of working windmills, just outside Amsterdam. 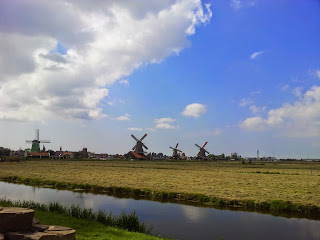 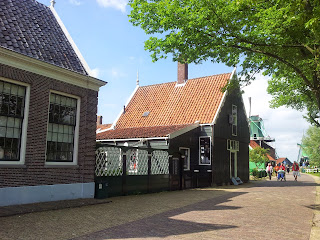 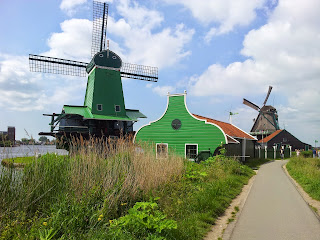 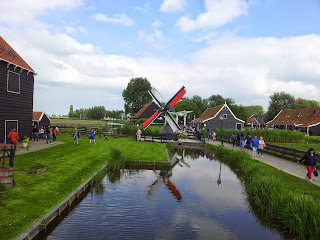 Many of the houses there are being used for private accommodation and the tenants pay an affordable rent in exchange for maintaining the houses of the area.
Wondering how it would be to live in a beautiful windmill park  but with tourists peaking into their houses all day. 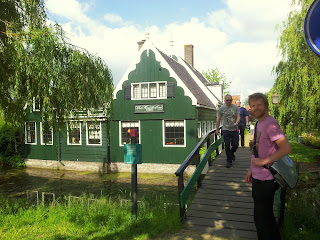 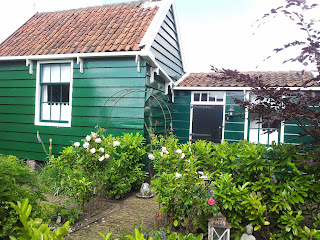 Inside a windmill. Grain being grounded by the energy generated. 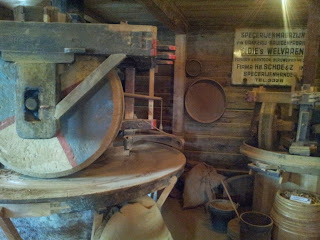 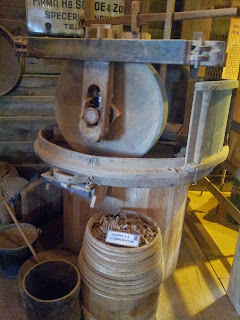 There is so much to see, eat, experience that Zaanse Schans can easily fill half a day or maybe more. It is packed with working windmills, barns, beautiful houses and museums.

Albert Heijn, which is a supermarket chain, was first started here in 1887. It was really cool. 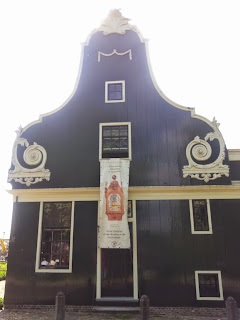 You will also come across chocolate and cheese shops.
The people living there have their own party bread which they call DUIVEKATER which literally translated in English means pigion-tomcat. 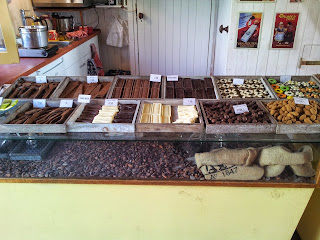 Klomps so pretty. But how do wear them without getting shoe bites ?! There was a wonderful collection collection of klomps. 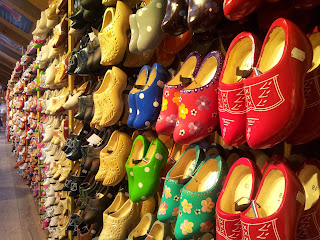 Klomps production unit. I was surprised to know about 3 million klomps are made each year in Netherlands and many Dutch especially farmers still wear them 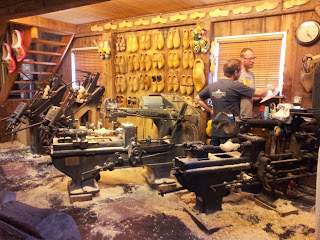 Have you ever heard about Zaanse Schans? 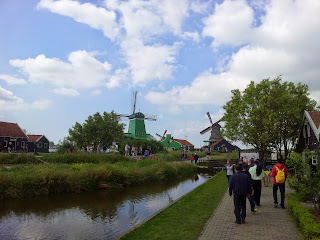 It is a 45 minutes bus ride from central station Amsterdam. High up in my list of 'favorite places' now. Its good for all ages and a real good one if you have kids. The entry to the windmill park is free however museums and other attractions need a few euros entry fee.

Would you like to visit this place ? For the ones who do, here is a bed and breakfast I found inside the park. It would be a great place to spend a day I guess. If you look closely can see the contact details. ( lol ) 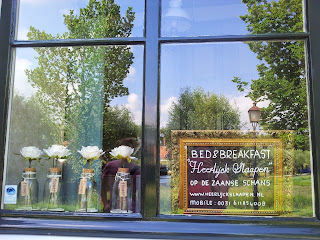