Some of the coolest people I know are the ones who I met on the road. Whether it was on
A bike ride to Ladakh ( Karl and Frenchie. Two super cool people. Karl is the person who I think inducted me into traveling more so budget traveling and Frenchie who has been to 70+countries is the most traveled person I know )
Or
In a hostel ( crazy night with dorm friends, spent pub crawling - our own pub crawl - in Prague. One of them, Gabriel hosted me in Switzerland n who I later hosted on his Indian trip)
Or
Doing carpooling ( Irek and Monica the couple with whom I car pooled in Spain to the Tomatina festival and who hosted me in their home for about three to four days and are one of the most generous people I have ever met. The first ever cat I liked was Monica's cutie little kitty called Loesha )
Or
Being lost ( the Indian family who took me in their home when I lost my way to my hostel late at night In Vienna. Fed me, gave me  a bed and dropped me off safely with a box of chocolates the next day )
Or
Standing in a Queue ( Olly who I met standing in a ticket queue of a ferry from Valencia to Ibiza and partied with first in Ibiza and later in Amsterdam )
Or
Gabi ( memory very close to my heart and to be told only to be told to our kids and grand kids )
Or
While hitchiking. Jana who I met while hitchhiking from Bordeaux to Nice and who now is one of the most special people in my life.

I was going to write about this aspect and my experience of traveling much later but a parcel from Czech Republic this past weekend makes me want to write about this much sooner. A totally unexpected gift from a very special hitchhiker friend. Five weeks into a a new country a new place one doesn't expect gifts and parcels delivered at his doorstep. But it is possible if they have an amazing hitchhiker friend like Jana.

Hitchhiking was part of my to do list when I traveled around Europe last year. I knew I had to do it, though the thought seemed scary. The possibility of things going wrong seemed high. But I had heard lots of hitchhiking adventures and I very much wanted to experience it myself. Some stories I had heard were scary but those come with the 'adventure package' I guess.

As luck would have it I got the chance in France when I had to leave for NICE from Bordeaux but due to lack of options, budget options, I chose to hitch hike instead. Trying to be all adventurous I hit the road with a typical hitch hiking banner and after having dumped some heavy things from my backpack and making it HH friendly. It took me a while before I got any ride. As they say about HH 'you stay long enough and you will always get it ' ( goes for anything in life I think ). 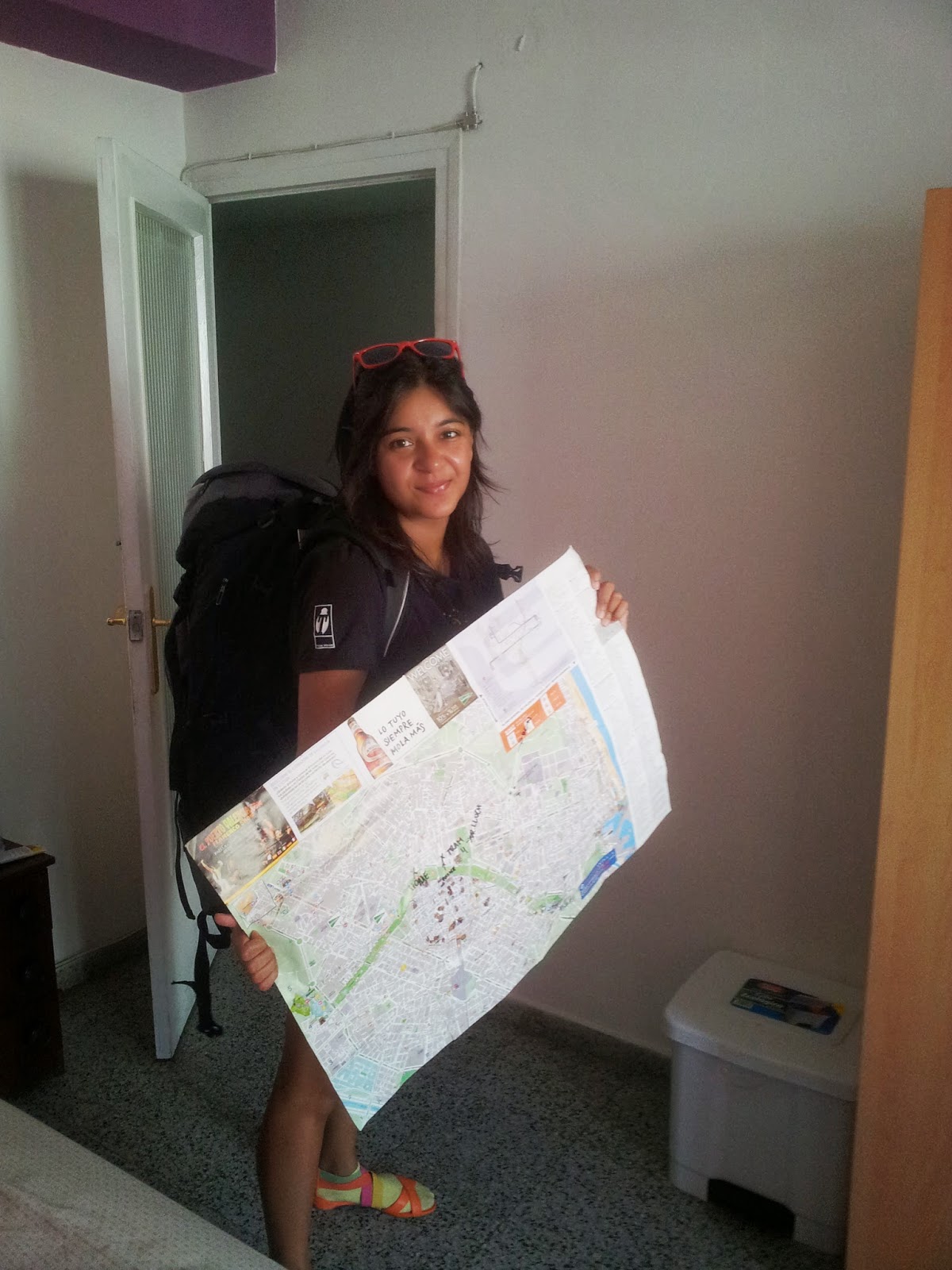 It was going fine. Not as adventurous as I had imagined it to be when my travel angel as always bestowed luck on me and I met Jana who was also trying to get a lift in the same direction. Out of sheer practical reasons, that its easier for two girls to get a lift than a solo girl ( for obvious reasons ) we decided to hitch hike together.

Soon we realized we were a super team. I somehow managed to stop the cars and once in the vehicle Jana owing to her multilingual skills managed to keep the driver engaged and entertained ( a hitchhiker's obligation ) till our drop off points. We must have changed four different rides in just about half a day. It could have been tiring but on the contrary it turned out to be super fun - stopping vehicles, getting to meet more strangers while being strangers ourselves, trusting each other while still being cautious, sharing food, exchanging notes of our travel. I found her super cool, fun and easy to be with. No hangups. Just living it up. Very inspiring. We came across some super fun people too who played some never heard before gipsy music and treated us to coffee and a bite.

I remember on one of the rides when I managed to stop a vehicle the owner told me that he had place for only one of us in the car. I was surprised myself when I chose to let the ride go and not attempt to reach my destination faster than letting my hitchhiker friend be alone. Initially the intention was just to get to my destination as soon as possible by taking lifts and jumping into unknown vehicles, my then definition of Hitchhiking. Gradually it changed to enjoying the journey with a new HH partner and yapping with strangers kind enough to stop for us. By the way, the person did manage to make place for both of us anyway which was so cool.

Another incidence I distinctly remember is, a driver after ten minutes of having dropped us, frantically waving at us from the other side of the road. Turns out that the lost and careless me had left my soooooper precious phone in his car. I think I almost jumped him in delight and gratitude. If felt, if strangers are so  magnanimous, kind, humble, giving, I never want to KNOW anyone again.

Half a day of hitchhiking brought us to a point where we had to part ways. We exchanged contact details and bid good bye. I knew I would miss this lovely hitchhiker. I invited her to visit me in India and even while doing so something in me told me she would.

Which she did. Gladly. And what a time I had. Playing guide in the not-so-loved-by-me-Delhi. Touring Agra and Taj Mahal. Shopping at Sarojini Nagar. Doing seva in Banglasahib (my first experience ever hence v proud and bragging). It was an amazing one week. 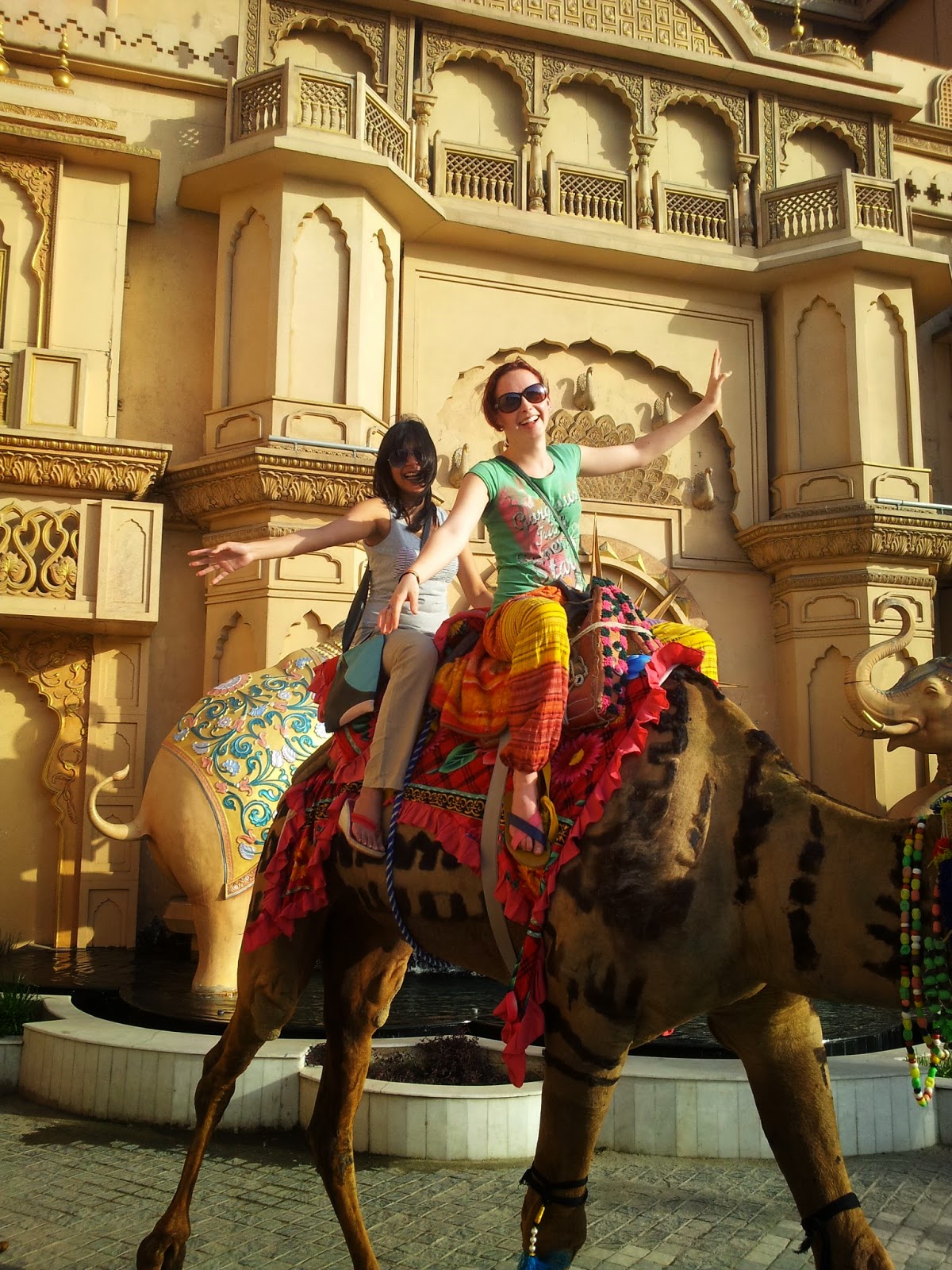 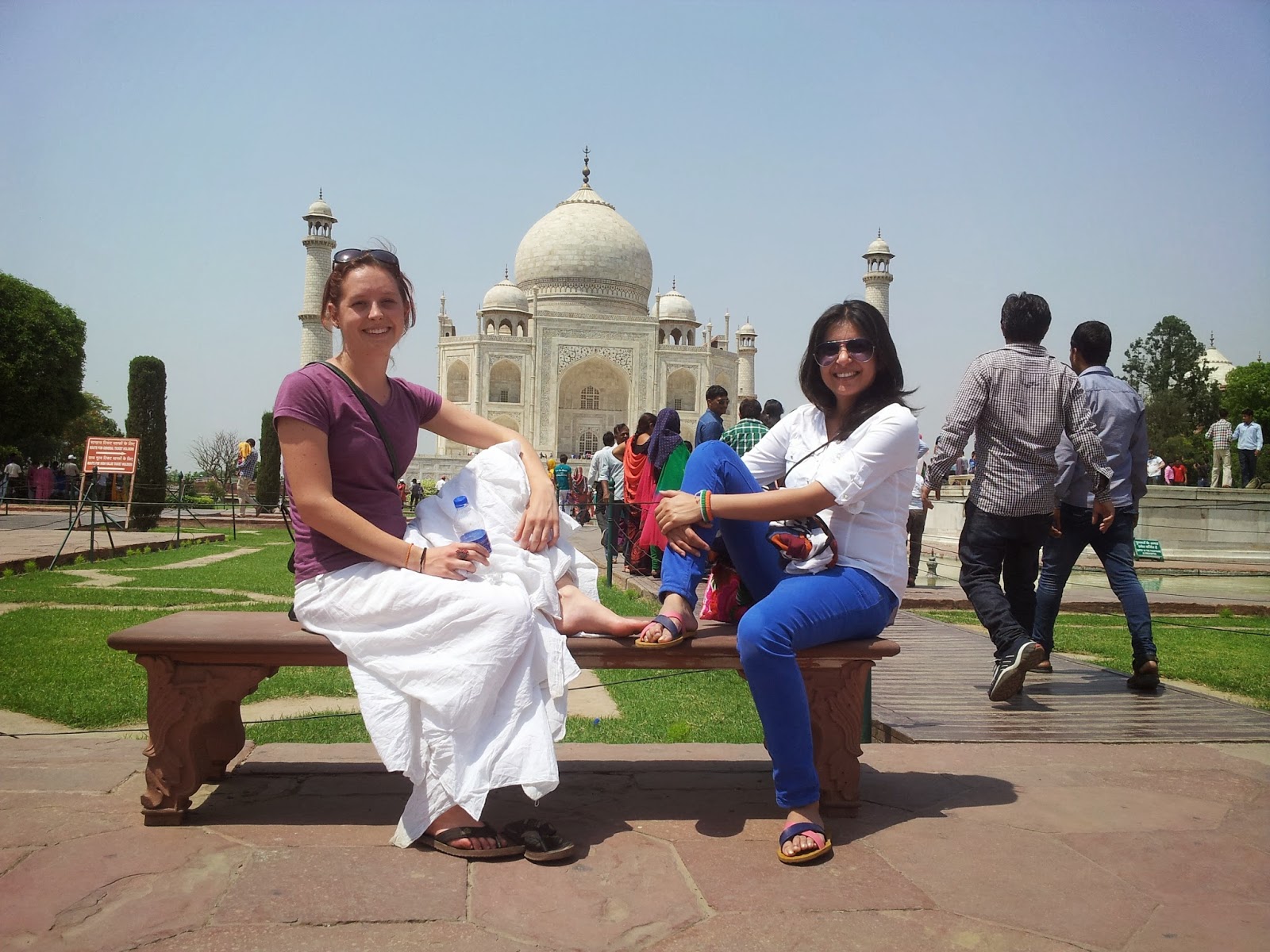 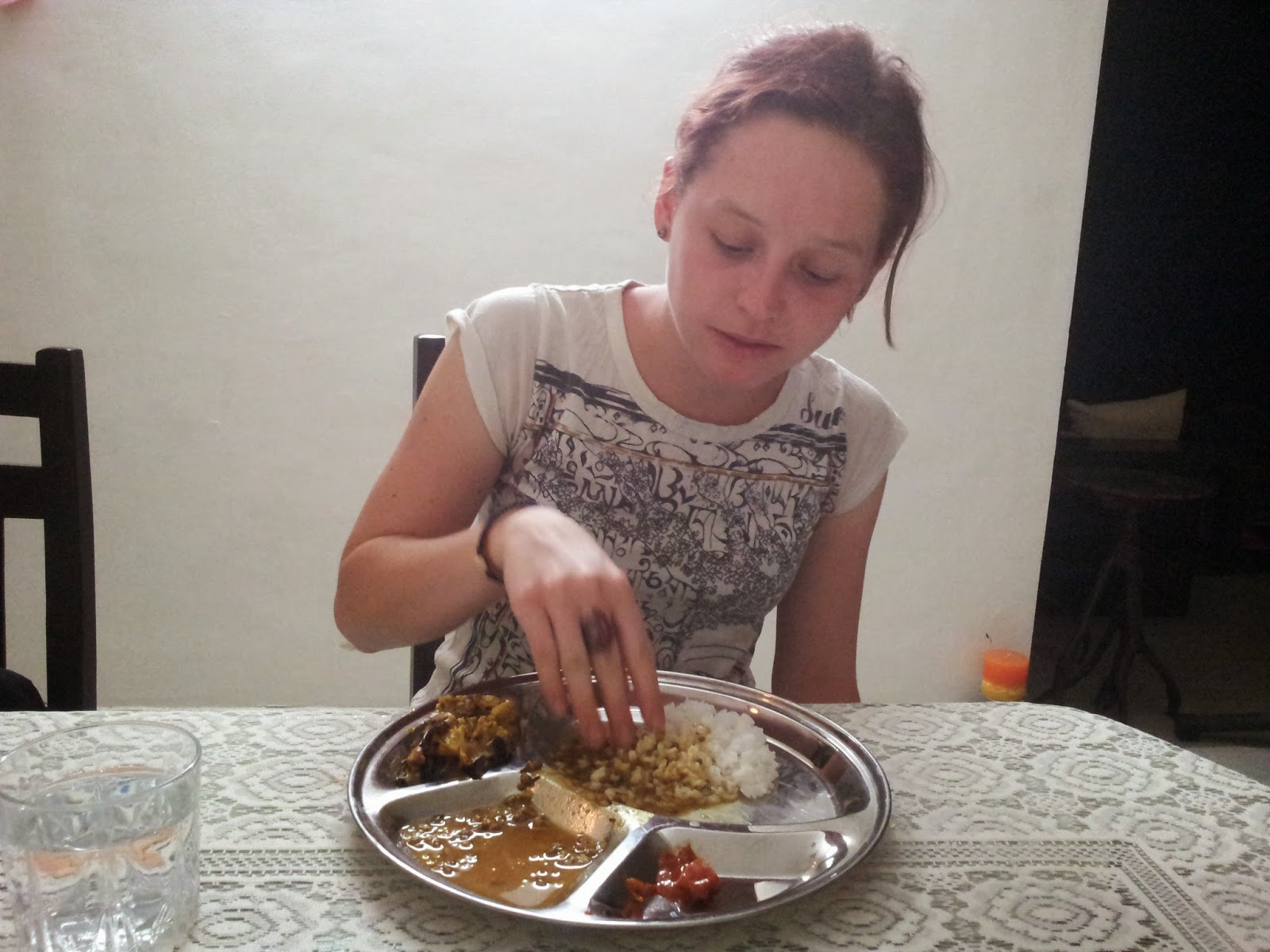 Yep she can do yoga too 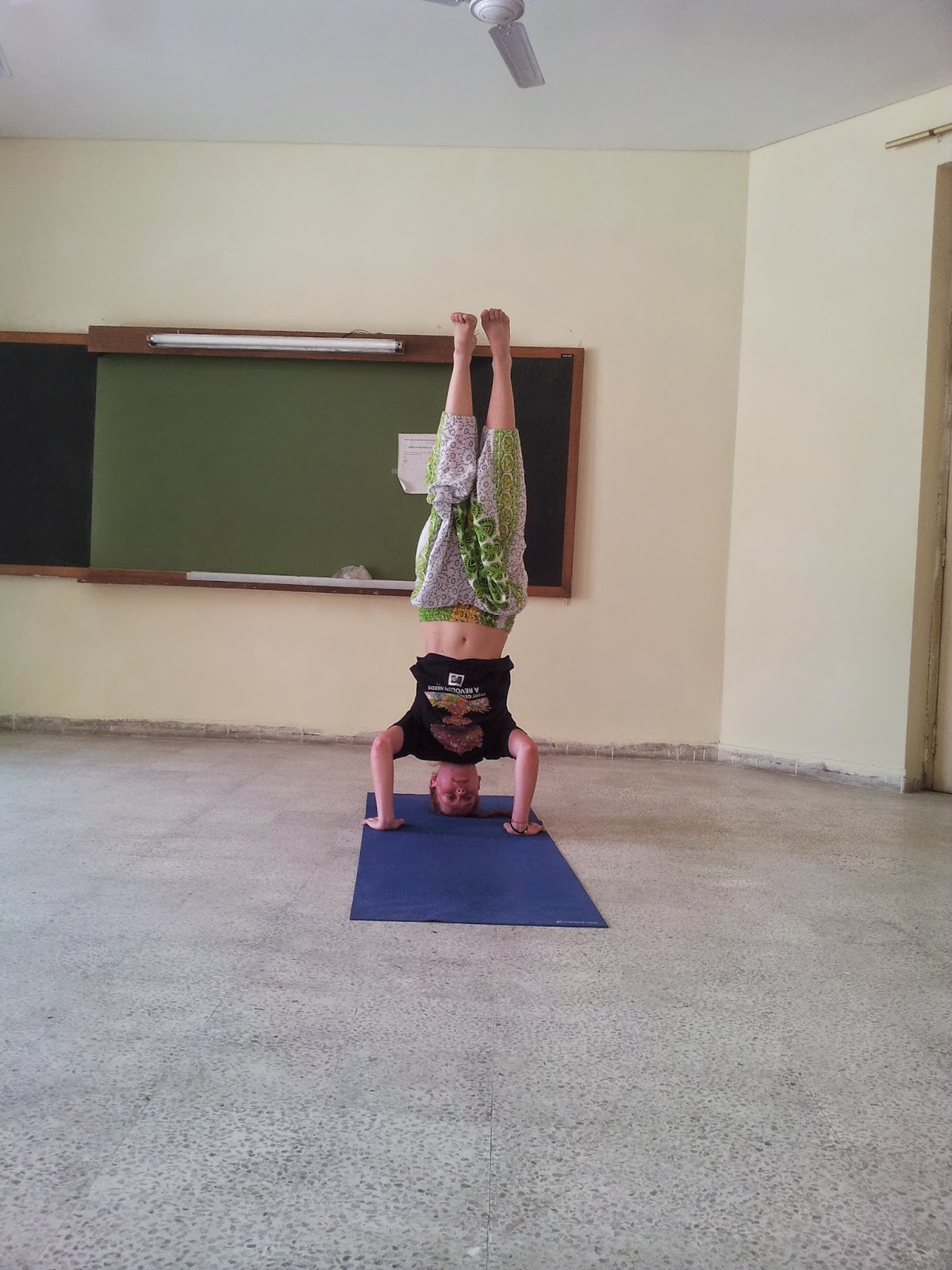 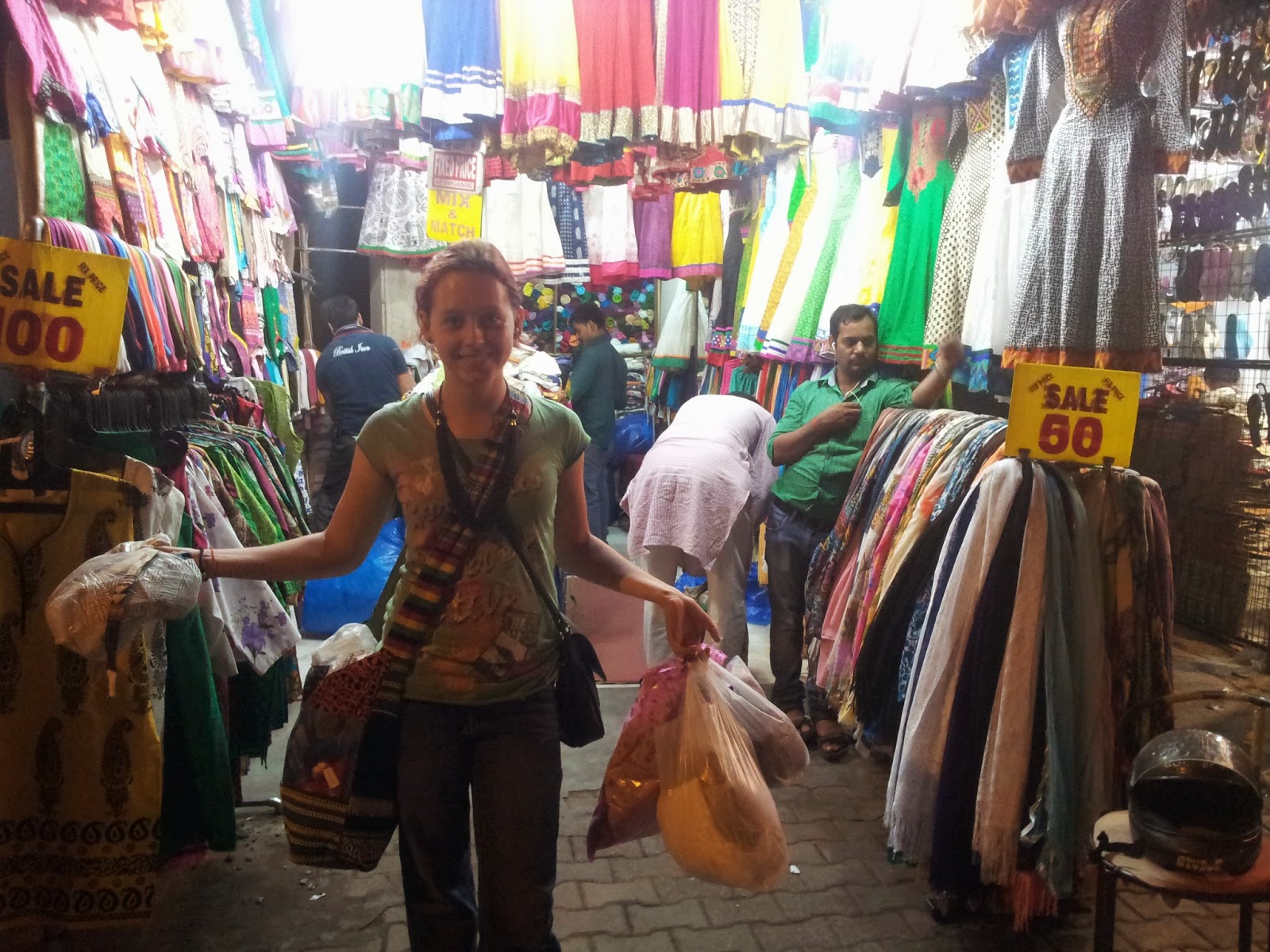 We knew we would meet soon in Europe too. Since I have arrived here, we have tried to meet up several times in the past five weeks but somehow our plans fell flat each time. I hope to go visit her soon for a skiing trip in Prague or be her guide again, in Haarlem and Amsterdam this time around.

I haven't thanked her for her gift yet because a gesture so sweet needs to be thanked in a little unexpected way.