There is a gap in the blog, with me being in Rishikesh, India in one blog and then appearing in Zeeland, Netherlands in the next one. A case of bad editing ? :p Not really. Its because I have been very busy, shifting countries! I shifted from my home country India to The Netherlands in October.

Exactly one year after meeting Gabi, I find myself living in a new country, his country. 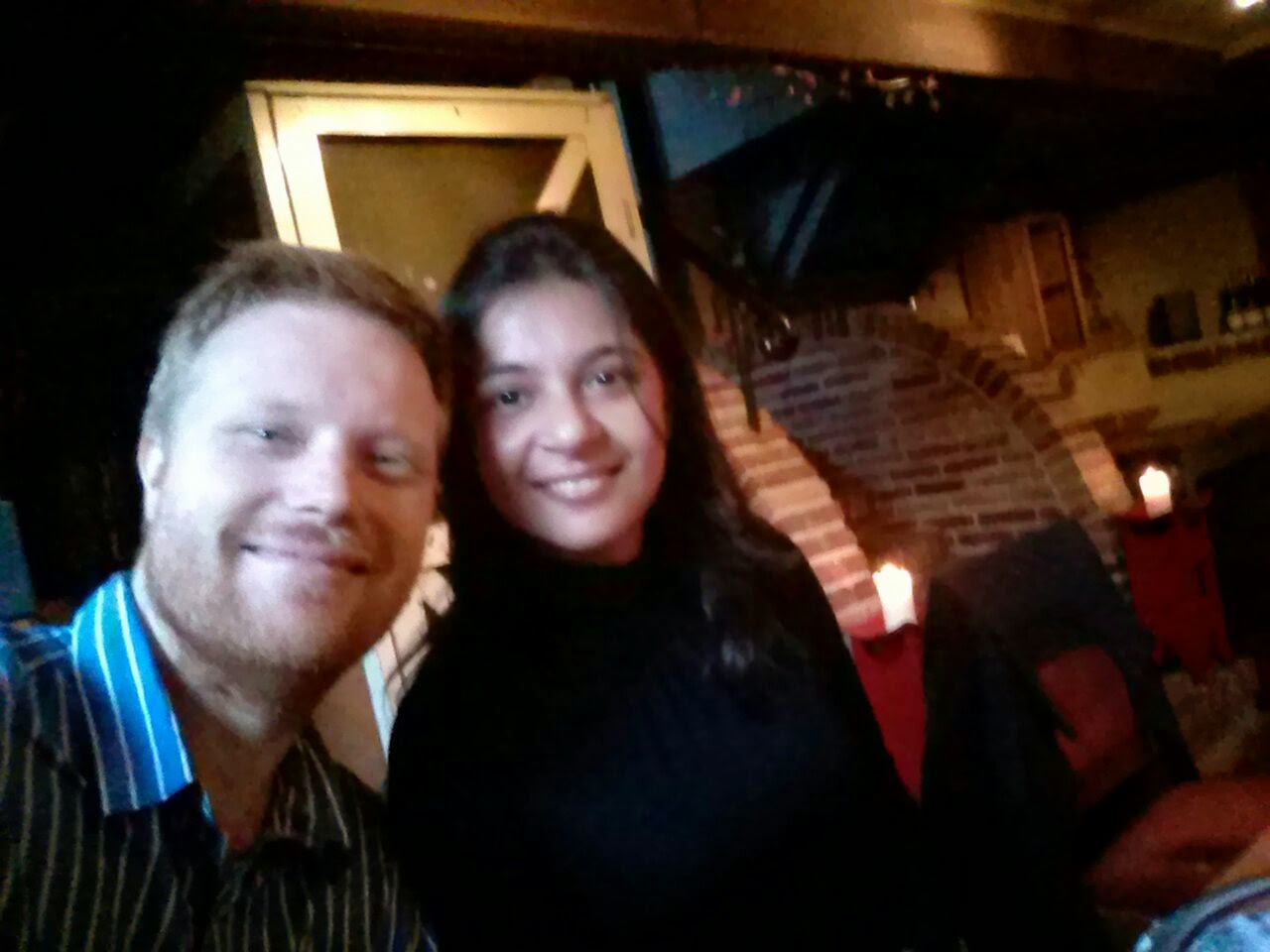 I cleared the exam. Thankfully! Post which Gabi's work started. Cumbersome paperwork. He submitted my application in August. We were expecting the immigration to get cleared by October end-mid November. However on 19th September a very delighted Gabi told me that immigration had been cleared from Netherlands and that I was granted a five years residency and work permit. Our happiness had no bounds. Not losing anymore time I booked to fly out on 30th September which meant I had only five days to pack up my entire life in India and leave for Netherlands. Frenzied packing followed.

It was with a tear and smile that I left India. Sad at having to leave my home. Leaving was not as easy as I had thought. It was not just another trip. Though I was very much looking forward to fun times in Netherlands. 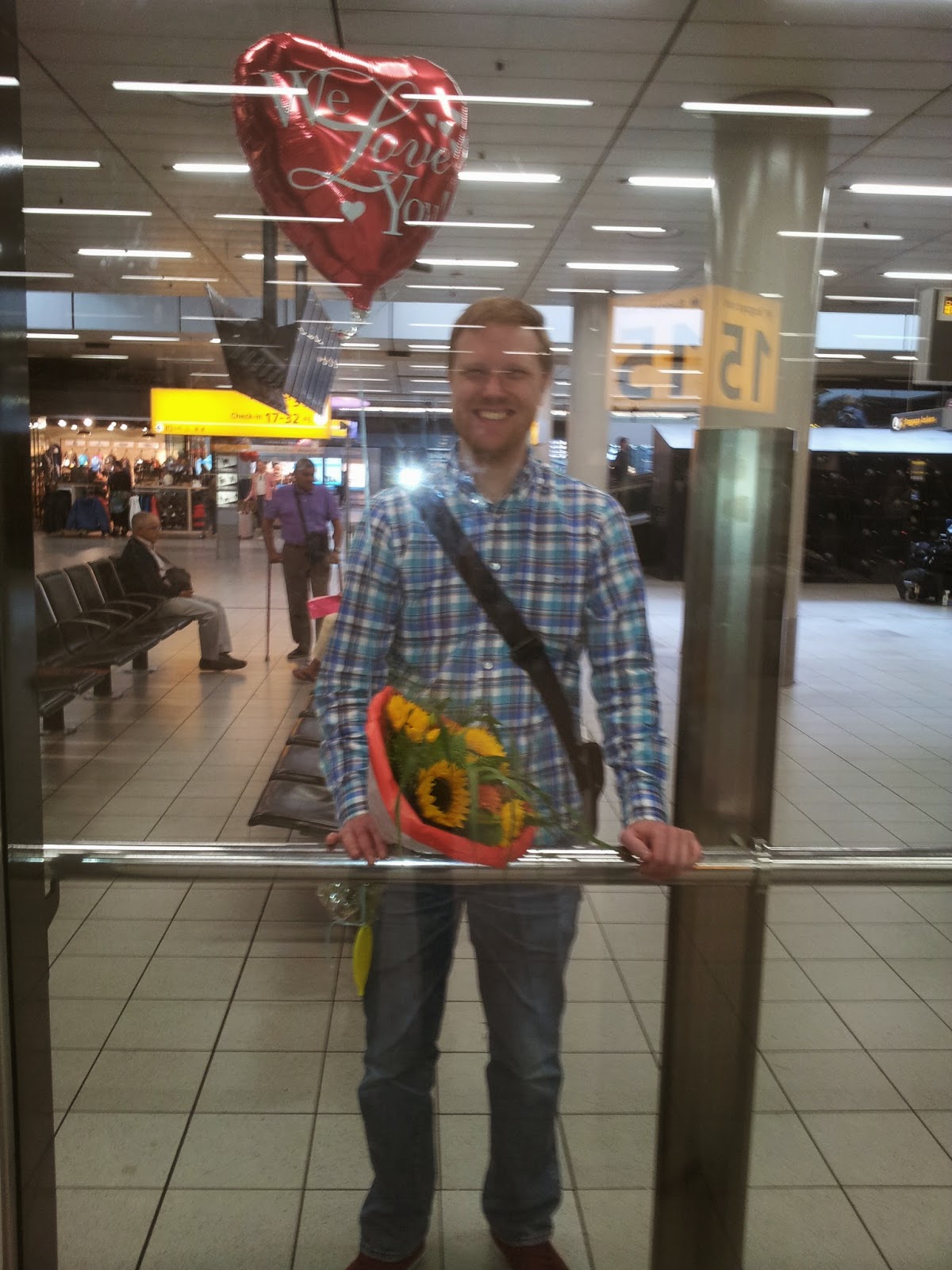 On reaching home I got a memorable gift. 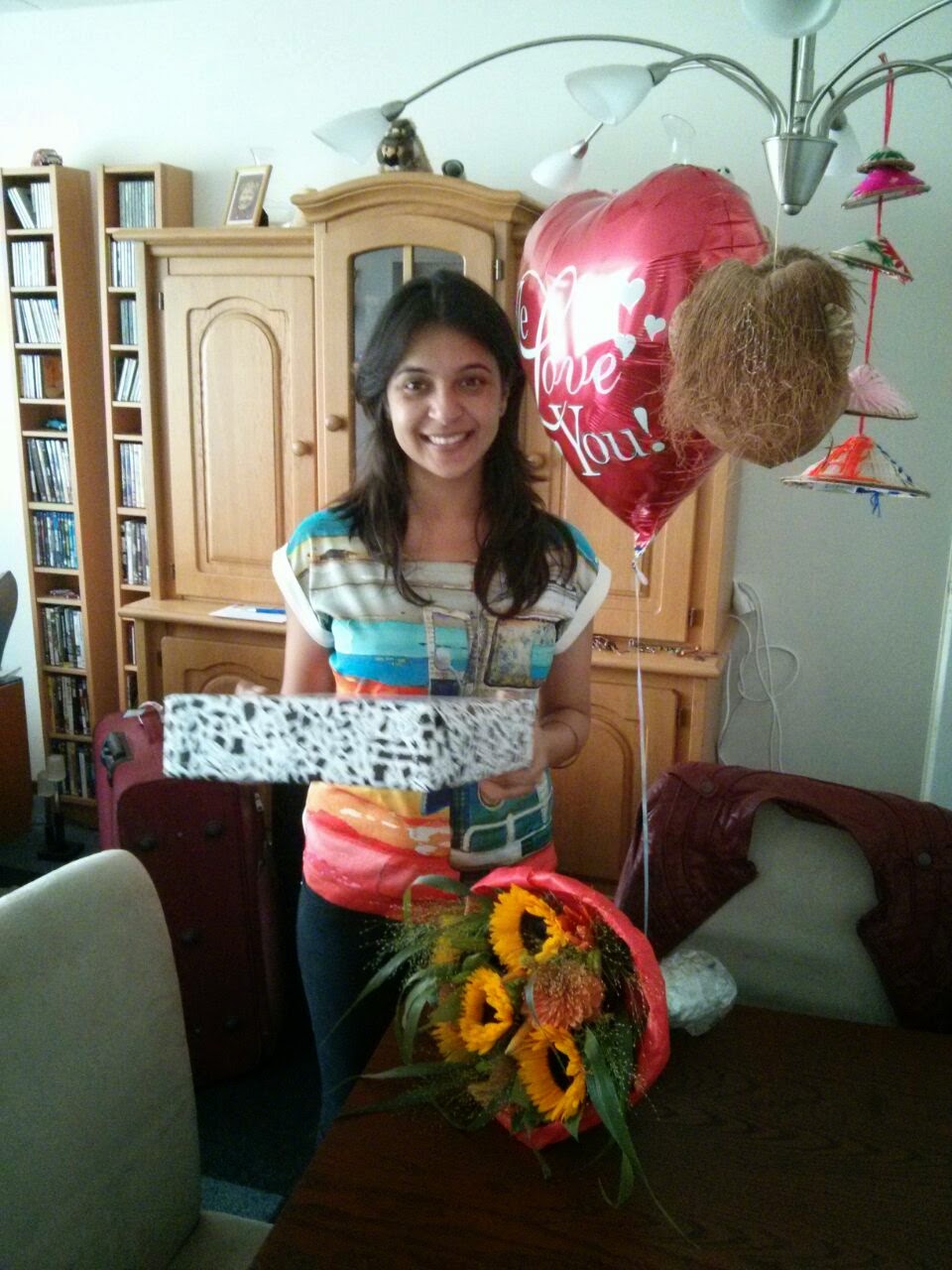 30th September, we also completed a year together. A very special day, which will always be celebrated by clinking some beer mugs! :) 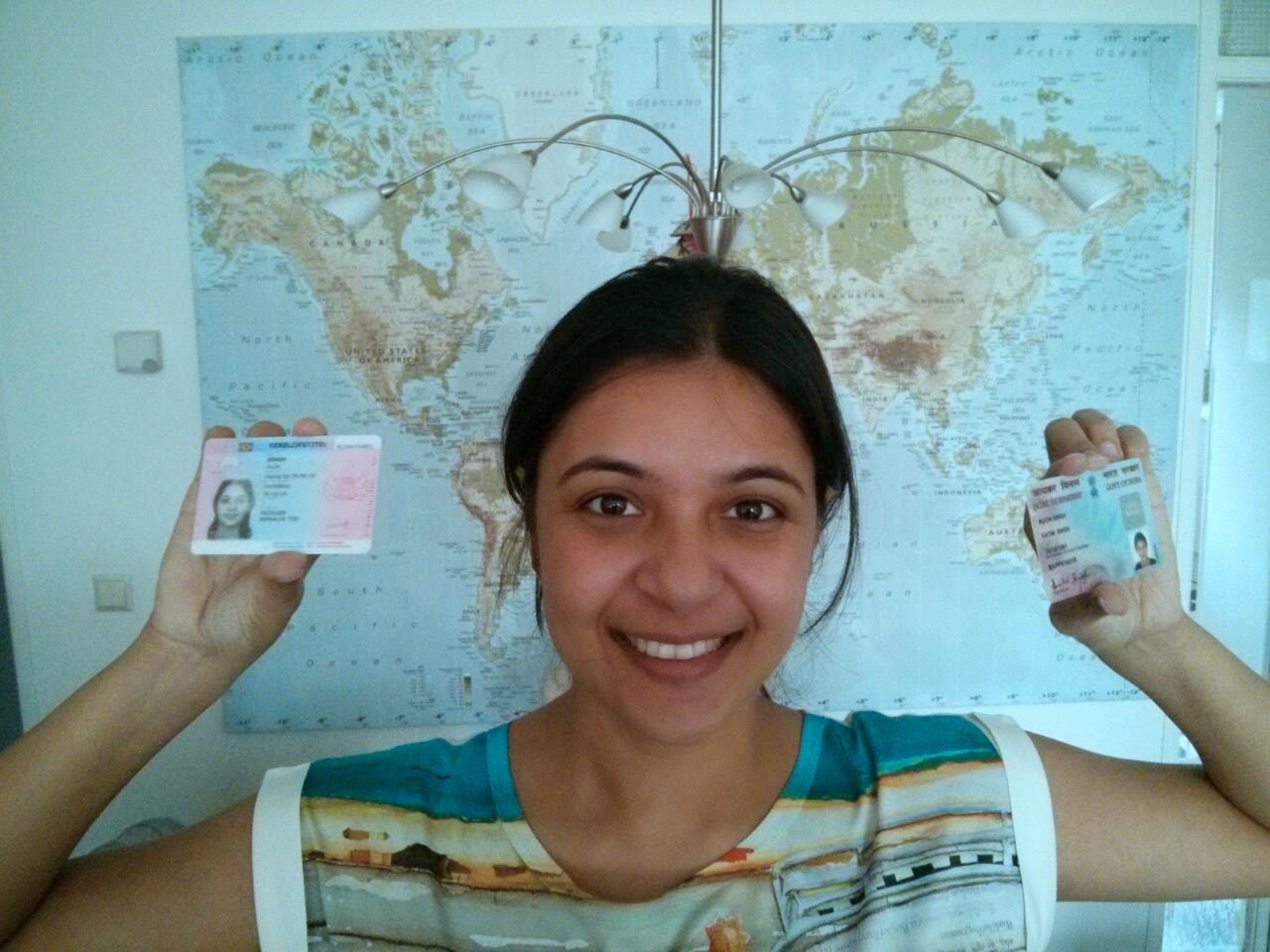 Its been a little more than a month I have been here in this pretty country and left my own home. I do miss India at times however I am guilty of not missing it too much. Mostly because I feel at home here and have been welcomed with open arms.


With Gabi's mum for my birthday shopping. 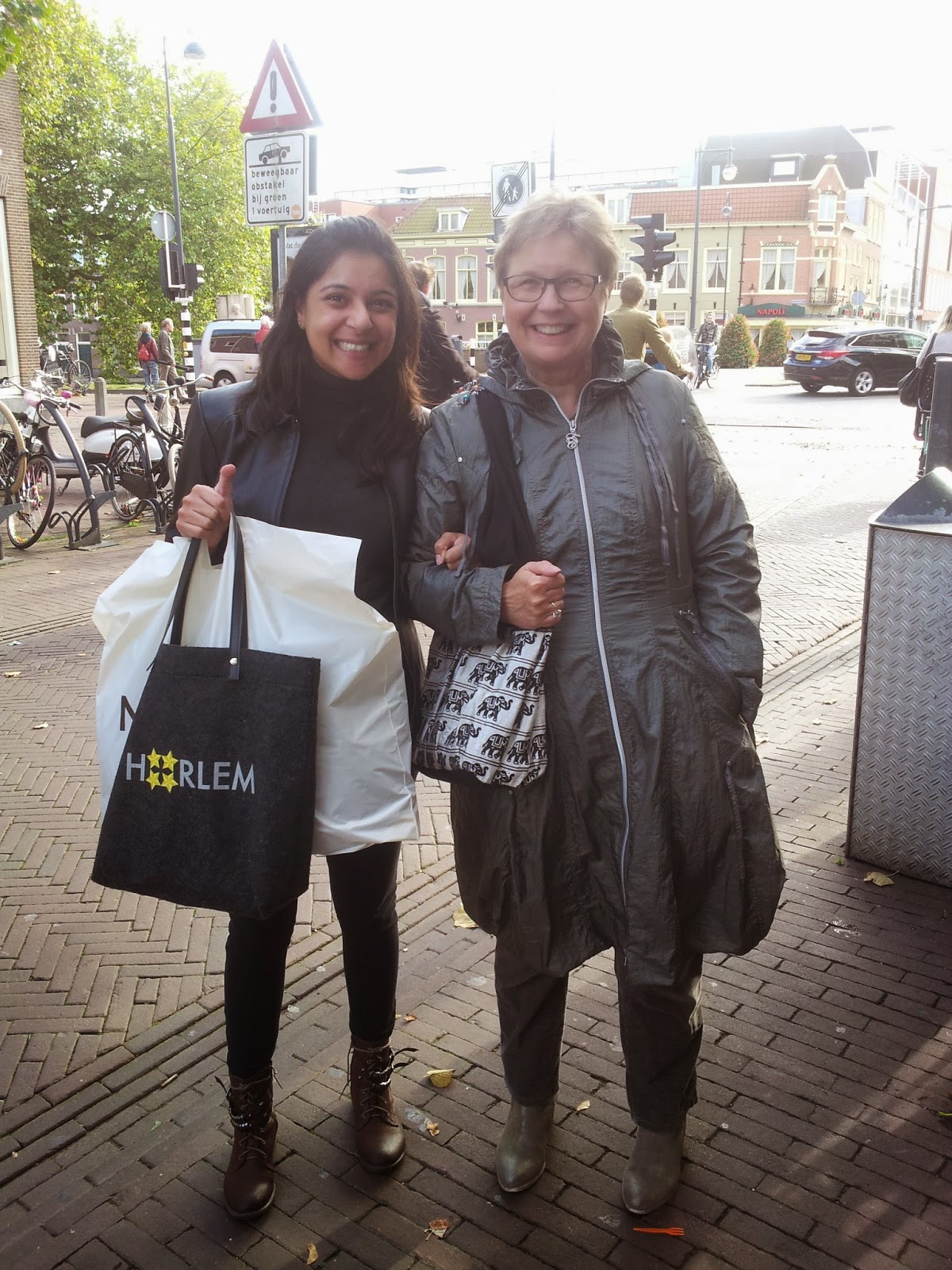 My birthday dinner with family 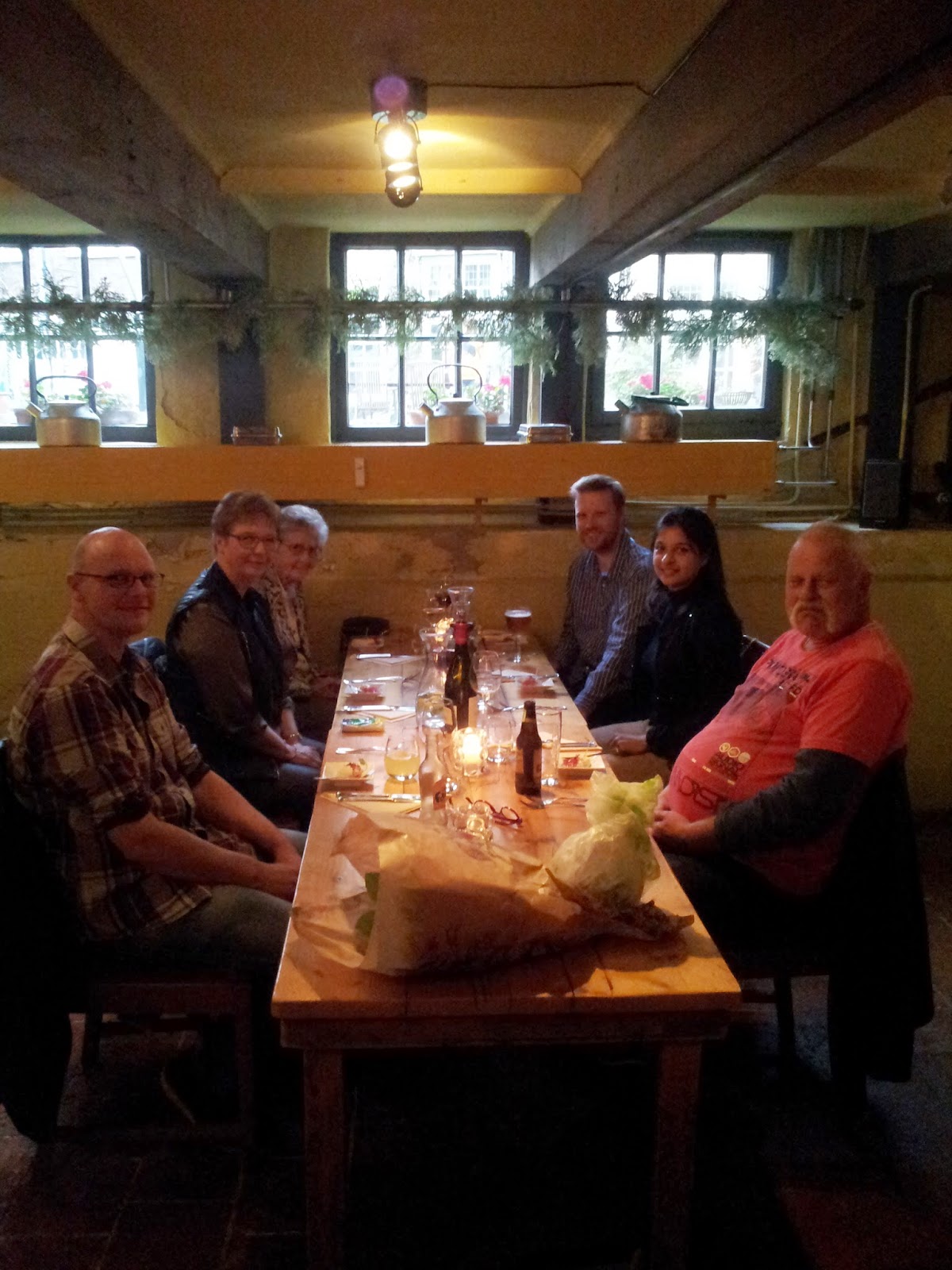 So much has happened in this past one month. I will share that some other time. Just now, its time for a little Gabi cake. 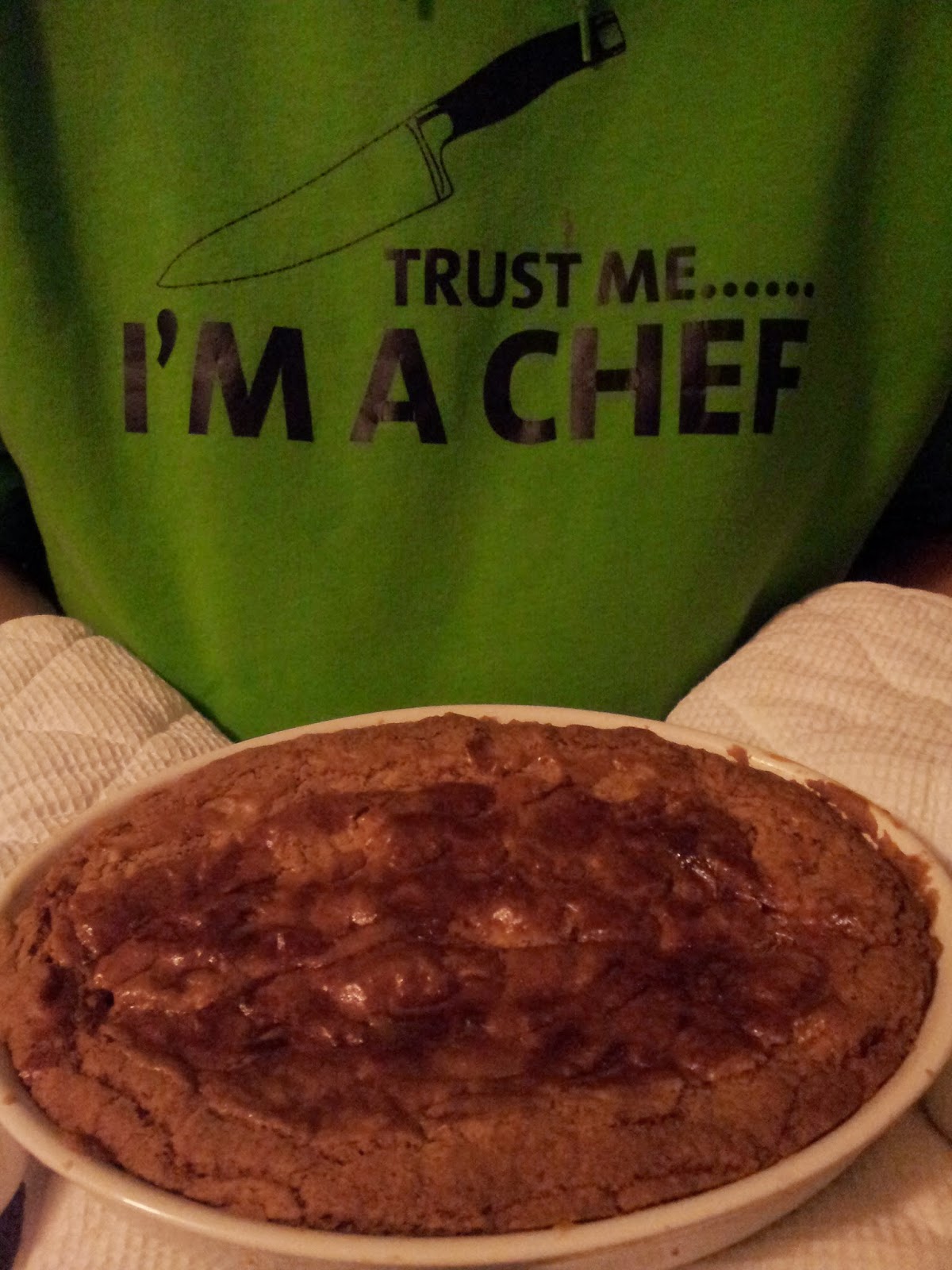